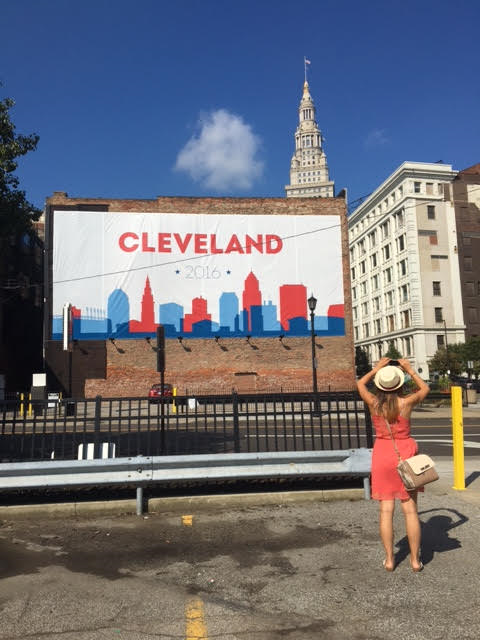 The Toronto Blue Jays are MY team…Last weekend I visited Cleveland to see MY team beat the Indians. Let’s just say they won 1 out of a 3 game series. TOTALLY WORTH IT though!  Despite what critics may say about Cleveland, it’s actually a neat city to visit. Check out the Rock & Roll Hall of Fame and get a tour of Johnny Cash’ tour bus!

It felt like I was in Toronto with all the Jays fans present anticipating a win that weekend. I assume 40% of a sold out stadium were in fact Toronto fans. We weren’t liked too much though… 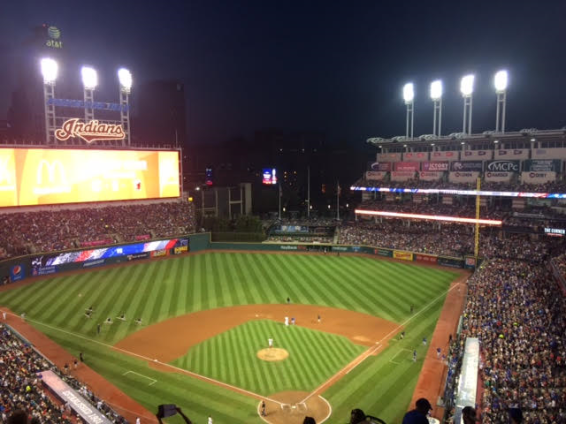 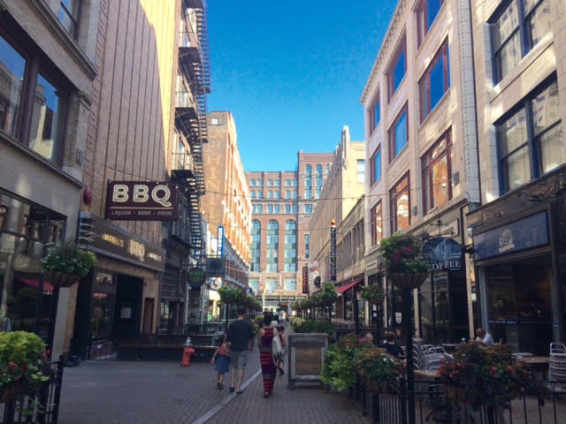 Baseball isn’t something I always followed when I was young, however, my favourite movie of all time is “A League of their Own”. Maybe that was an indication from a very early age that I would one day be working for a baseball team? It’s part of my destiny as I see it. I am so happy that I took this past weekend to travel to another city and see their own version of a baseball stadium (Progessive Field) to be exact. Cleveland fans are absolutely passionate for their team as are Toronto fans. The amount of *trash talking* was quite intense. What I learned is that life will pull you in certain directions and in this case, I know I am being pulled in the right direction. I know this because for starters, I am LISTENING and taking ACTION, but this entire weekend, my mind was completely at ease and my soul felt satisfied. On the field VERY close to the players (while stretching) and I couldn’t have been happier. When the stars align, it feels right and you just know it.

My point here is that the universe sends you signals on a day-to-day basis. The trick is that you have to be open and willing to listen to these signals because they are given to help shape your destiny. I never thought I would be working for The Toronto Blue Jays, but when I started paying attention, I ended up in the right place at the right time. Now, I get to pursue something that interests me (seeing the Jays outside of the Rogers Centre) as an example, and enjoy the perks. Listen to the signals and shift your beliefs about what is possible, because it is possible if you focus with the right energy. If it is the right thing for you, it will happen and nothing else matters 🙂